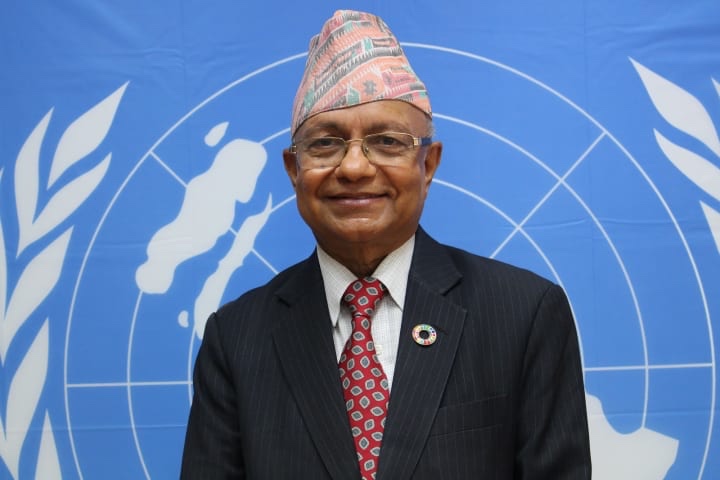 NEW YORK — Most of the children Kul Chandra Gautam grew up with in a remote region of western Nepal never went to school, saw a doctor, or used a telephone. Today, they would likely earn less than $1 a day, Gautam pens in his 2018 memoir, “Global Citizen from Gulmi.”

Gautam, meanwhile, grew up to become the deputy executive director at UNICEF in the early 2000s and serve as the prime minister of international affairs for Nepal. He now co-chairs a U.N. secretary-general panel that oversees work on women and children’s health.

SDGs are all highly desirable but not necessarily proven and low-cost. I worry a little bit there will not be a similar kind of success [as the MDGs] because the agenda has become so broad.”

Gautam, 70, reflected on his journey from Nepal to the U.N. in a recent interview with Devex, in which he offered career advice and discussed global health challenges.

This conversation has been edited for length and clarity.

You come from a small village in Nepal, and first learned English from the Peace Corps. What is it like transitioning from someone who once benefited from development work to someone who helps administer it?

I was in the seventh grade, living in the mountains of Nepal and did not speak much English at all when I worked with the Peace Corps. My first interaction was trying to learn English and playing a lot of games like Scrabble. Because of them, I developed the ambition to go to the U.S. and to attend university.

I got on the path to activism in U.S. university campuses at the height of the Vietnam war, and it is because of my activism [that led me] to volunteer with the U.N. in Cambodia. The experience was instrumental in steering my life. The most important lesson I have learned is how people of different cultures and countries can work together and cultivate international solidarity.

How have you seen the priorities and manner of work change at UNICEF and the U.N. more broadly over the last several decades?

In the old days, UNICEF would do work in a province, and if we achieved good things in the province, we were happy. In the 1980s, UNICEF’s executive director James Grant showed that it is not enough if, in a country like India, which has a billion people, you do a fabulous job in a community or an area involving 10 million people. We have to make a difference on a national level.

“In terms of the results you achieve, women and children’s health is the most cost-effective.”

The Sustainable Development Goals are now very broad and include everything under the sun. One of the differences between the Millenium Development Goals and SDGs is that while the MDGs were not comprehensive, they were seen as very doable, practical, affordable, and cost-effective, whereas many of the SDGs are all highly desirable but not necessarily proven and low-cost. I worry a little bit there will not be a similar kind of success because the agenda has become so broad.

Get development’s most important headlines in your inbox every day.