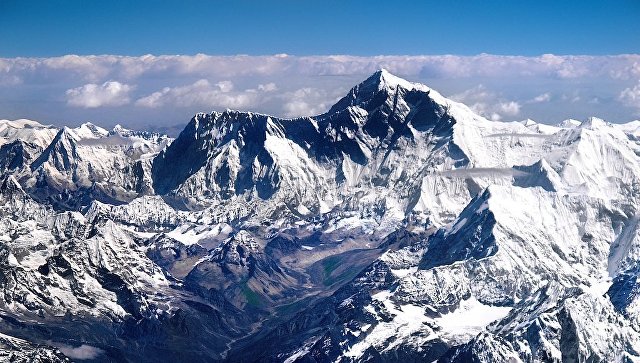 Quality education and connectivity are the key to our personal success and national development.

Many of us grew up in the Himalayan region when illiteracy was high and connectivity was minimal. There were no schools, no roads, no electricity, no telephones. The internet and artificial intelligence as we saw with Robot Sophia last night were unimaginable.

Today we marvel at the dazzling breakthroughs in connectivity.

But let us recall that even in ancient times our scriptures spoke about sending messages by akashvani and traveling by puspak biman. Indeed, more than 3000 years ago, Princess Sita of Mithila, married to King Rama of Ayodhya, was kidnapped and taken all the way to the island of Sri Lanka. And the great monkey leader Hanuman apparently carried medicinal herbs from the Himalayas to Sri Lanka.

So, obviously there was some connectivity or imagination of such connectivity in this region since ancient times.

But today, South Asia has become the least connected and integrated region in the world in terms of transport, trade, commerce and other interaction – perhaps with the single exception of Bollywood movies.

Some historians argue that South Asia was better integrated in ancient times, and up to the end of the British Raj, than it is today. The partition of India broke up a historically more integrated South Asia, as borders between India and Pakistan became barriers to free movement of people and goods.

The land-routes connecting India to Burma, Thailand and beyond in southeast Asia, and Afghanistan, Iran and Central Asia, became blocked. Post-independence India’s emphasis on import substitution, and its notorious “License Raj”, led to the whole sub-continent being autarkic and de-globalized.

It was only after India started economic liberalization in the 1990s, that prospects for a more outward looking and economically integrated region opened up.

In the North, the physical barriers of the Himalayas, the political tensions in Tibet and China’s closed economy until the arrival of Deng Xiaoping kept the whole trans-Himalayan region in a connectivity black hole.

Today, trade among SAARC countries totals less than 5 percent of their global trade volume. This contrasts starkly with trade among ASEAN countries which exceeds 40 percent. The volume of trade among countries of South Asia is less than $50 billion, compared to their trade with the rest of the world that now exceeds $1 trillion.

Clearly, it is time to break these trade and connectivity barriers. And I would submit that an unlikely place for this can be the Himalayan region.

Indeed, the stars seem auspiciously aligned for a breakthrough.

The Chinese Belt and Road Initiative has come at the right time. But it is not only China, but India too seems ready for a similar initiative.

(H-I-T) — High Ways, Information Technology and Transmission lines. He made similar promises in his remarks in Bhutan, Bangladesh and Myanmar.

Regrettably, Nepal was actually hit with a nasty Blockade soon afterwards, even as it was struggling to recover from a huge earthquake.

No wonder, this made Nepal extra receptive to China’s BRI.

India has now come to gracefully accept Nepal’s political choice, as it has also reconciled to the choices of other sovereign neighbours.

If India seriously revives Modi’s HIT initiative, it could match China’s BRI, at least in this region. And together these would augur well for the development of the Hindukush Himalayas from Pamir to Myanmar. And I am sure many other development partners including those attending this conference would be keen to join in.

Yes, we look forward to a connectivity revolution in the form of roads and airports, shipping lanes and transmission lines. But connectivity goes beyond physical infrastructure to linking people of many nations, languages and cultures as members of a large human family living in a global village – sharing common hopes and aspirations.

Better connectivity also helps in the devolution of power from large conglomerates to smaller communities.

Nepal’s new experiment with federalism will require and trigger better connectivity for its success.

It will transform the mighty Himalayas from barriers to barometers of mutual trust and collaboration.

Thanks to modern connectivity, we saw during the great earthquake of 2015, how Nepali migrant-workers managed to reach their kith and kin with relief supplies and support much faster than the government in Kathmandu.

Imagine how much better service could be provided to poor people in remote areas if small private businesses, local governments and charities could harness the full force of modern connectivity.

Progress in connectivity need not be linear and incremental. Just like mobile phones enabled us to bypass the landline system, we should be able to leapfrog much faster than the early industrialized countries from fossil fuel to renewable energy; from reliance on private vehicles to public transport; and ultimately from the increasingly outdated concept of military security to human security.

As we will hear from many speakers later today, the Himalayan region is endowed with immense potential to harness the connectivity mandala of air, water, energy, earth and space.

In the case Nepal, lack of political stability and policy incoherence were two main reasons for its lethargic development. We do not have that excuse any longer.

So, let us hope that the Himalayan consensus that emerges from this summit will finally help unlock the doors to our development with connectivity as its decisive key.