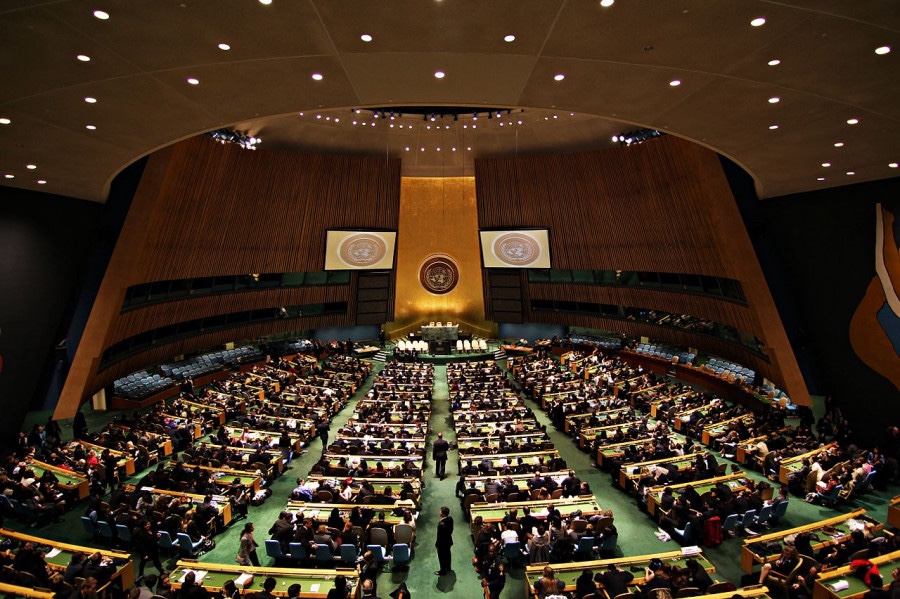 Nepal’s abstention from voting for the UN resolution on Myanmar was a mistake.

The fundamental principles of Nepal’s foreign policy have been clearly and consistently communicated to the international community ever since Nepal joined the United Nations in 1955, and especially since the country’s first democratically elected Prime Minister, BP Koirala, addressed the 15th regular session of the UN General Assembly in 1960. In his memorable speech entitled Small Nations Have a Role to Play, BP Koirala eloquently outlined how Nepal’s foreign policy would be fully inspired by the principles and purpose of the United Nations Charter.

Article 51 of the 2015 Constitution also clearly reaffirms that Nepal would conduct an independent foreign policy based on the Charter of the United Nations, non-alignment, principles of Panchasheel, international law and the norms of world peace, taking into consideration the overall interests of the nation. This harks back to BP Koirala’s original affirmation that Nepal would regard the United Nations not only as a bulwark of our independence and security, and a protector of our rights and freedom, but also as an instrument for promoting peace and justice among nations. Accordingly, Nepal would judge every international issue on its merit without consideration of anybody’s fear or favour. Nepal has pursued this line in its foreign policy fairly consistently during the past six decades, despite numerous changes in not only the government but even our political system.

However, on June 18, Nepal seriously deviated from this age-old policy when it abstained from voting for the UN General Assembly resolution on Myanmar that was approved by an overwhelming majority of 119 members voting ‘yes’, one voting ‘no’ and 36 abstaining. It is worth recalling that the key provisions of the resolution on Myanmar condemned its military junta’s crackdown on peaceful protesters and civil society. It called for the immediate and unconditional release of arbitrary detainees and an end to restrictions on freedom of expression. And it called on all countries to stop selling arms to Myanmar.

It seems to me that there was nothing objectionable for Nepal in that resolution which was supported by a cross-section of countries from all regions of the world, including a majority of the Non-Aligned Movement, the Group of 77 and Myanmar’s fellow Association of Southeast Asian Nations (ASEAN) neighbours. Nor was Nepal’s position guided by any agreement among the South Asian Association for Regional Cooperation (SAARC) countries, as two of its members, Afghanistan and the Maldives voted for the resolution.

As there was no compulsion for Nepal to vote the way it did, my speculation is that it took the cue for abstaining from its two large neighbours, China and India. Along with Russia, China and India are major arms suppliers to Myanmar, and they also have other competing strategic and economic interests. But Nepal has no such vested interest. Hence it is all the more puzzling and deplorable why it chose to vote the way it did. I would hazard a guess that if we had more principled and courageous leaders like BP Koirala, GP Koirala or Man Mohan Adhikari guiding Nepal’s foreign policy, in a case like this one, Nepal would have joined the majority of UN members and supported the resolution.

The Myanmar case indicates that Nepal needs to revisit not so much the values and principles guiding its foreign policy, which are perfectly appropriate, but its practical application by the current crop of our diplomats and their political masters. Perhaps a little historical retrospective might be helpful in this context. As BP Koirala had articulated so eloquently six decades ago, small nations like Nepal can and have played a large and important role at the United Nations. Backed by visionary leaders like BP Koirala, Mahendra, Birendra, GP Koirala and Man Mohan Adhikari, capable diplomats like Padam Bahadur Khatri, Rishikesh Shah, Shailendra Kumar Upadhyaya, Yadunath Khanal, Bhekh Bahadur Thapa and others have made their mark in Nepal’s diplomacy, including at the United Nations.

A hallmark of Nepal’s neutral and non-aligned foreign policy has been that it has dared to take independent positions based on the merits of the case, often contrary to the views and wishes of the Big Powers, including our neighbours China and India. Thus, notwithstanding pressure from the United States, Nepal advocated for the membership of the People’s Republic of China (in lieu of the Republic of China) in the UN in the 1950s and 1960s. Resisting pressure from the then Union of Soviet Socialist Republics, Nepal condemned the Soviet invasion of Hungary in the 1950s and Czechoslovakia in the 1960s.

While supporting the rights of the Palestinian people, Nepal became the first country in South Asia to recognise Israel. Taking a principled stance, Nepal firmly opposed apartheid in South Africa even when many Western powers were dithering. It voted to impose sanctions against apartheid-era South Africa, but it has consistently voted to lift unilateral US sanctions on Cuba. Nepal commanded sufficient respect at the UN in the 1960s to be entrusted with the responsibility of chairing a high-profile investigation on the death of Secretary-General Dag Hammarskjöld in the 1960s. In the 1970s, Nepal provided strong global leadership in UN negotiations on the Law of the Sea. In more recent times, Nepal has been a strong and eloquent advocate on behalf of the least developed and land-locked countries.

In all such cases, the hallmark of Nepal’s foreign policy has been exercising its independent judgment, not swayed or pressured by the Big Powers, including our large neighbours or any other ideological pressure groups or voting blocs. In light of this historic heritage and track record, Nepal’s abstention from voting for the UN General Assembly resolution on Myanmar last week was a regrettable mistake. I sincerely hope that Nepal will make a course correction and revert to pursuing a better thought through, independent and principled position in its international relations. Most of our professional diplomats are smart and capable, but they deserve better political masters who listen, consult, motivate and empower them to better serve the nation.