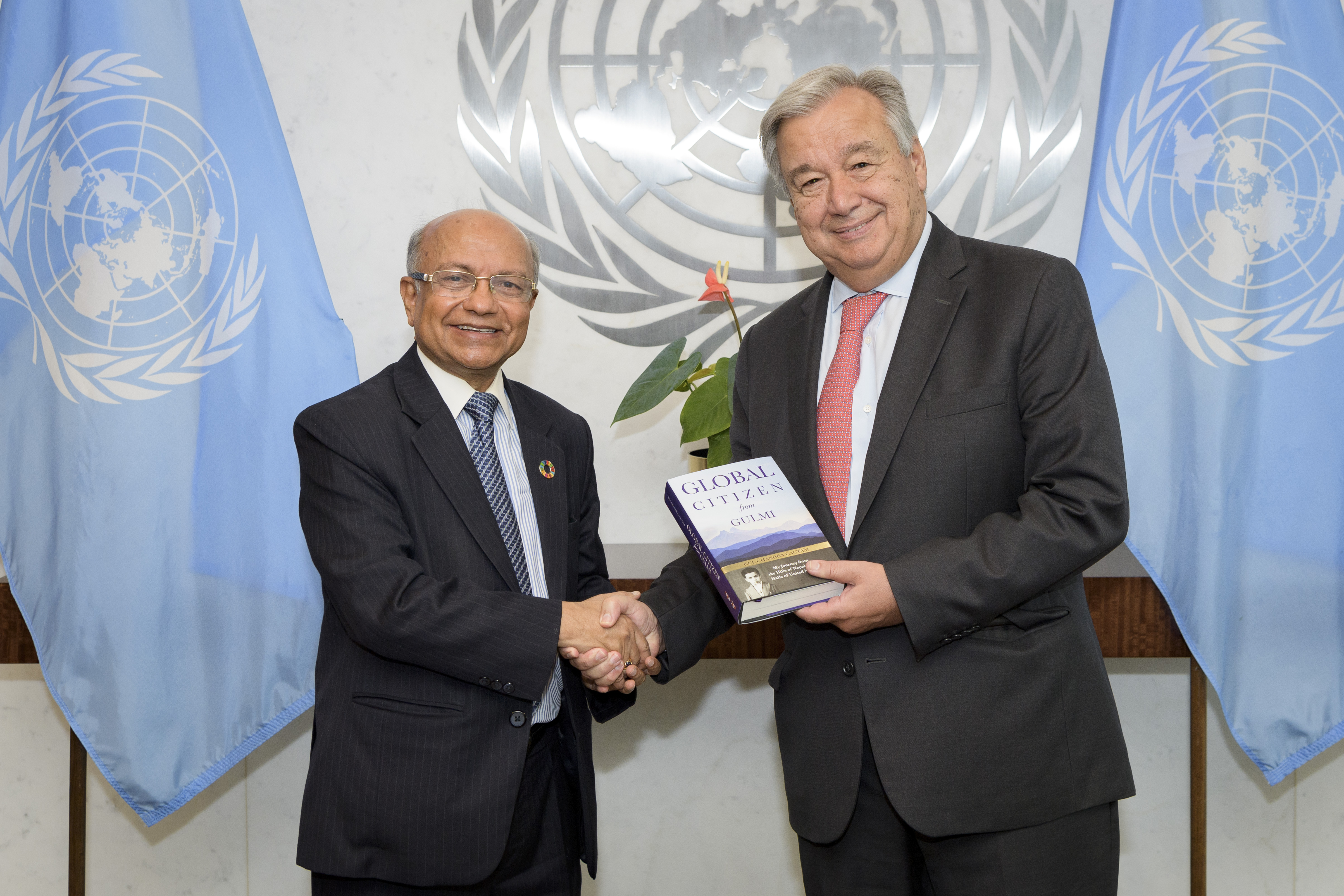 Mr. Kul Chandra Gautam is a distinguished diplomat, development professional, and a former senior official of the United Nations. Currently, he serves on the Boards of several international and national organizations, charitable foundations and public-private partnerships. Previously, he served in senior managerial and leadership positions with the UN in several countries and continents in a career spanning over three decades. As a former Deputy Executive Director of UNICEF and Assistant Secretary-General of the United Nations, he has extensive experience in international diplomacy, development cooperation and humanitarian assistance.

A citizen of Nepal, currently Mr. Gautam informally advises his country’s political and civil society leadership on the consolidation of democracy, human rights, and socio-economic development. Previously, he served as Special Advisor to the Prime Minister of Nepal on International Affairs and the Peace Process.

– Past President and Member, Rotary Club of Kathmandu Mid-town (Nepal)

– Assistant Secretary-General of the UN, and Deputy Executive Director of UNICEF (2000-2007)

In his long and distinguished career with the United Nations, from 1973 to 2007, Mr. Gautam visited nearly 100 countries on official missions involving field visits as well as dealings with local and national leaders in Africa, Asia, Latin America, CEE/CIS and the OECD countries. He had extensive dealings with leaders of governments, donor agencies, multi-lateral organizations, NGOs and the corporate sector in policy dialogue, advocacy and resource mobilization.

Mr. Gautam was the key senior UNICEF officer responsible for drafting the Declaration and Plan of Action of the 1990 World Summit for Children, the largest gathering of world leaders in history until that time. The Summit for Children gave a major boost to the near universal ratification of the Convention on the Rights of the Child. The ambitious goals and targets initially formulated by the Summit eventually evolved into the Millennium Development Goals. In 2001-2002 Gautam led the organization of another major United Nations Summit – the Special Session of the UN General Assembly on Children – attended by 70 world leaders and thousands of child rights activists and civil society leaders, including many celebrities and Nobel Prize Laureates.

Mr. Gautam is the winner of several awards, including:

Kul Gautam was born on 1 December 1949 in a small village in a remote part of Nepal, where until recently there was no road, no electricity, no telephone, and no school. His father was semi-literate and mother illiterate. He acquired his early education in Nepal and India, and went on to receive his higher education at Dartmouth College and Princeton University in USA, majoring in international relations and development economics. He was also a Senior Visiting Fellow on sabbatical at Harvard University’s Centre for Population and Development. Besides his mother tongue Nepali, he is fluent in English and has a working knowledge of French, Spanish, Hindi and Bahasa Indonesia.

Through hard work, dedication and commitment, Gautam progressed through the ranks of the United Nations and became the highest-ranking Nepali in the UN system in early 2000. During the decade-long civil war in Nepal, he worked hard informally to secure the support of the UN and other key players to promote peace and reconciliation in his homeland. He spoke forcefully against violence, impunity and violation of human rights by all parties in the conflict. He continues to speak out and write extensively on the peace process, democracy, human rights and post-conflict reconstruction and development in Nepal.

Mr. Gautam is currently involved in a variety of local, national and global development activities, and advocacy of poverty reduction, socio-economic development, and the well-being and empowerment of women, children, and other vulnerable groups. Commenting on his evolution from his humble beginnings in the hills of Nepal to the halls of high-level policy making at the United Nations and beyond, his friends and colleagues regard Mr. Gautam as a high achiever with solid managerial, diplomatic and leadership skills.