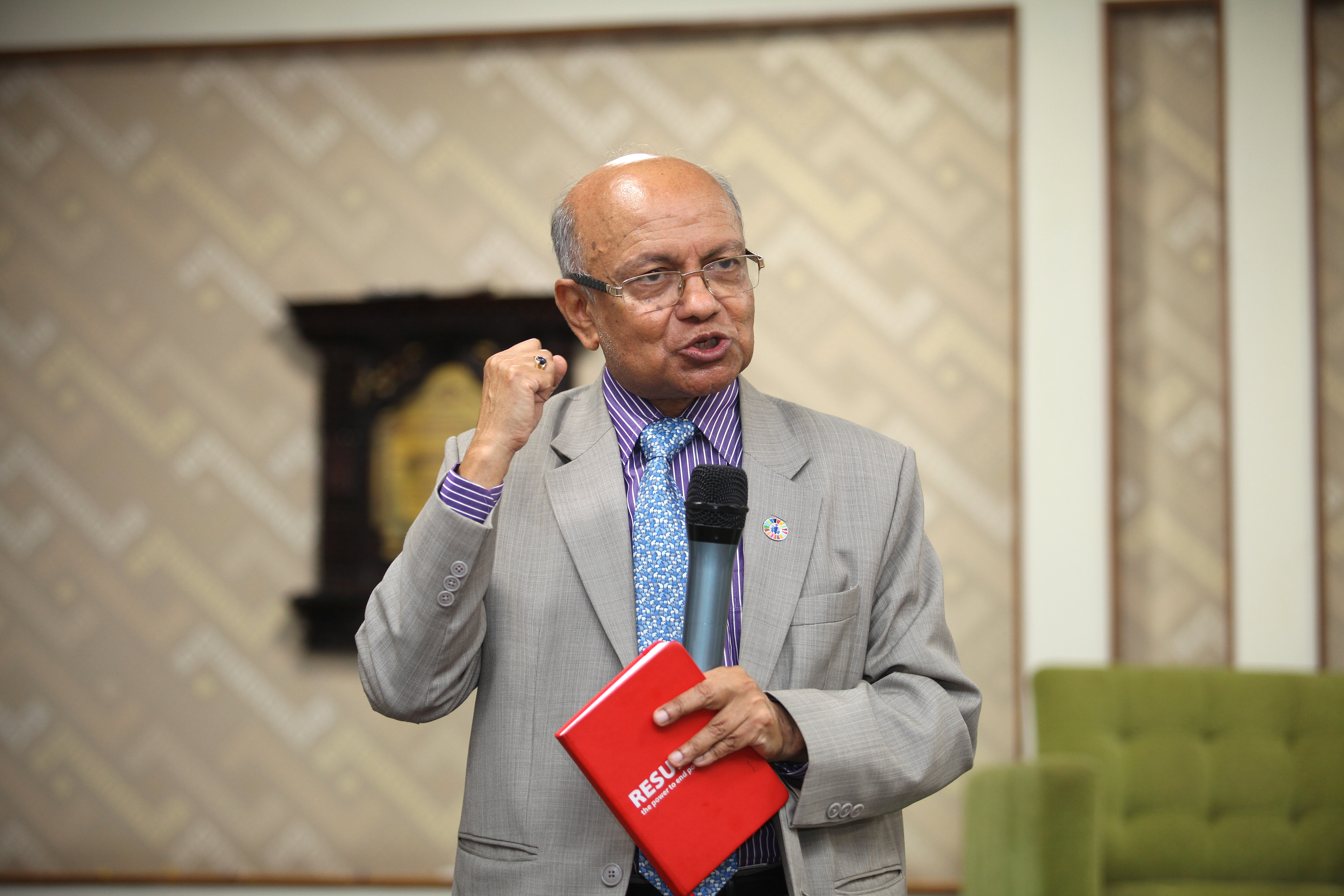 Global Citizen from Gulmi: My Journey from the Hills of Nepal to the Halls of the United Nations”

Kul Chandra Gautam’s extraordinary memoir resonates on so many levels, depending on one’s perspective. I trekked through its more than 500 pages as a representative of the UN system in Nepal, but also as a non-Nepali, with a palpable sense of discovery but also flashes of recognition at every turn.

Indeed, the story of young Kul Chandra is in many respects so Nepali; having to walk for five days, ride on a bullock cart and rickshaw for a day, travel by train for two days and another day of walking, that is to say a total of nine days to reach his new school. This may seem to most Nepali readers a normal occurrence, but for European readers, it is an adventure!

And this is what Gautam’s life seems to be: an adventure throughout.

Reading this book from my UN perspective, I could not help but think that the “fairy” of the Sustainable Development Goals (SDGs) was accompanying him from day one. His native village, Amarpur, is an SDG village by all standards – the perfect place where all the SDGs make sense.

There you go! The Sustainable Development Goals have been tailored for Amarpur village. No wonder why Gautam had a calling.

Another aspect of his life struck me. For a man who was going to dedicate his entire career to children’s rights, his life and that of his family is a textbook case of what should NOT happen.

He was born from an underaged mother (17 years old) who was actually only seven when she was married to a nine-year-old boy (his father). And his own marriage was also semi-arranged, with his future wife being only 17 at the time!

Reading Gautam’s book, one is taken through seven decades of world progress and mutation.

The small village of Amarpur, without electricity or health post or even school, is now a much different place. The author himself says (on page 485): “Every time I go to my native village, I marvel at the changes since my childhood. Women no longer have to walk for hours to fetch water; children go to school; motor vehicles reach the village instead of people having to walk for days to get to the nearest bus stop; mobile phones are in the hands of rich and poor alike; lights turn on at the flick of a switch.”

And these seven decades are the same seven decades of existence of the United Nations. The author was born almost at the same time as the UN and his life is the exemplification of what the UN has accompanied and what it has accomplished.

Interestingly, Kul Chandra Gautam sees the world changing – but not our human nature. He thinks some human traits are unchangeable. So, if the world changes, but not our basic human traits, one might ask: what generates the changes? And this is where the idealistic nature of us, UN civil servants, kicks in and we say: the UN has been and continues to be a force behind the changes.

Of course, far from me the pretention to attribute to the UN all the progress in the world, but through Gautam’s book, one sees clearly that the UN has accompanied (sometimes following and other times preceding) all the major changes in the world. And when I say the UN, I mean of course the Member States, but first and foremost the people working at the UN, the women and men who come from 193 different countries, the Kul Chandra Gautams of this world.

And this is what led him to the UN, what kept him in the UN. The boy from the foothills of the Himalayas found in the UN the place where he belonged.

Anchored in these experiences and values and principles, Kul Chandra Gautam is well positioned to give us a bit of his wisdom and share his dream world.

The world of tomorrow, he says, will be a mix of power struggles but also a better place than today. And here we can feel the vision of the “idealistic, young, opinionated and perhaps a bit naïve young man” he was when he joined UNICEF in Cambodia in 1973.

From the current globalization and its unequal distribution of wealth to the emergence of an enlightened and more collaborative world order, Gautam has many dreams:

One of a democratic China that will embrace human rights and dissenting voices as a source of strength and prosperity, unleashing the creativity of its billion plus citizens.

Of a Commonwealth of South Asia, where India and Pakistan overcome their differences, and where growth is led by people (more than by governments).

One of a prosperous Africa, learning from Asia the recipes of success and harnessing the talent of its ever-growing populace that will represent half of the world population by 2100.

Of a vibrant Latin America, more mature, more equal, finding its place in the community of nations.

In Kul Chandra Gautam’s dreams, inequality will be defeated by the very people themselves. The conscience of the most unfair and glaring disparities between those who have and those who don’t will lead the people of the world to unite and build a new world. He actually says that “what people accepted as their fate in the past, they protest as injustice today”.

The dream of this retired Assistant Secretary-General of the United Nations is also one of a reformed UN through a democratization process that will reflect the realities of today (not the power sharing post WWII) where the “Responsibility to Protect” will be fully expressed, where military expenditure will be brought down to leave space and resources for the real sustainable development so many people in the world yearn for.

In Gautam’s Dream World, Buddha’s teachings find all their meaning, in particular that of the “middle path” – avoiding all extremes, be they extremes of poverty or extremes of wealth.

But what I love most in this book is his own description of the United Nations. Indeed, despite the many criticisms (on the US domination or its opposite, the anti-American approach; on its helplessness faced with rogue regimes or abusive superpowers), he views the UN as the indispensable organization for global governance of our times.

There is no other organization in the world that can do what the UN does or that has the mandate the UN has. He puts it this way: “The UN is a complex organization. It defies simplistic, black and white, good and bad characterization. … It is a vital and necessary organization in today’s world. If the UN did not exist, it would have to be created anew”.

And Gautam knows and has experienced first-hand, as a citizen of a small and still poor nation, what the UN does for people. He has this sharp eye on some aspects of the UN that many others might simply miss.

“We need the UN and a multilateral approach to tackle “problems without passports” – problems that cross national borders uninvited (climate change, drug trafficking, terrorism, epidemics and so on). No one country or group of countries can tackle such problems alone. It is these problems that remain at the centre of the UN’s agenda”.

And finally, the author of this hopeful yet realistic memoir has this wise definition: “The UN is, of course, not perfect. The UN is a mirror of the world. It reflects our hopes and convictions, and our divisions and disagreements”

So, reading this book has been an extremely inspiring experience. If a boy from the hills of Nepal can make it to the halls of the United Nations, then nothing is impossible. Maybe this is what the UN is all about. Make the impossible possible. Bring our common hopes and aspirations to life.

We owe the author a debt of gratitude for having taken the time and energy to publish this unique tale of adventure and transformation that is bound to leave readers with a deep sense of humility and admiration.