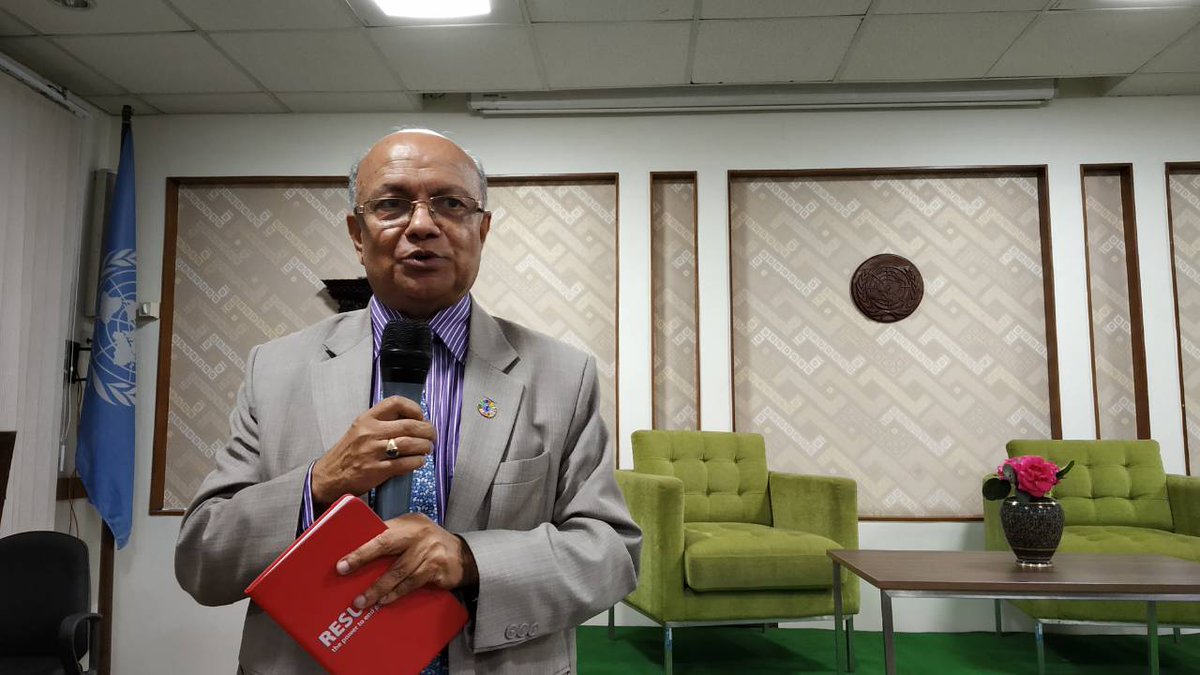 Briefly outline the status of children’s health worldwide, and some of the biggest challenges in meeting the international development goals set for children?

In January 2007, the Measles Initiative, of which UNICEF is a partner together with WHO,, announced that deaths due to measles (one of the biggest killers of children) fell by 60 percent worldwide since 1999 – a major public health success, and a huge impetus for more action. And despite the ravages of HIV/AIDS and the spread of armed conflict, overall global child mortality was reduced by 16 percent between 1995 and 2005.

That said, more than 10 million children continue to die each year from mostly preventable reasons, almost always among the poorest and most marginalized families. In 2005, nearly half of all child deaths occurred in Africa even though that continent was home to only 11 percent of the world’s under-five population.

Some children die due to preventable illnesses such as pneumonia, diarrhea and malaria; others die because of more indirect causes such as poverty, conflict, or HIV/AIDS. Simple basics – lack of proper food, clean water and safe sanitation, contribute to more than half these deaths.

It is because children have rights, and because their health and welfare hold the key to sustainable human development, that in its own work UNICEF has come to emphasize not only basic health, nutrition, water, and sanitation – our traditional programs and the core of what we do – but those things that make it possible for more children to survive and thrive in the long run:

To summarize: We’ve done well, but not nearly well enough. Child health and survival face new challenges in a changing world. To succeed we have to apply fresh thinking, not only to our work in traditional health sectors, but in advocating for education, protection, and equality. We have an uphill fight toward 2015, but we have new knowledge, new technologies, and fresh field experiences to draw upon. And we are inspired by the knowledge that millions of children’s lives will be saved every year if we succeed.

Conflict affects all people, but children are always more susceptible to the impact of violence because their age and inexperience make them less able to protect themselves. .

As primary victims of armed conflict, children are both its targets and, increasingly, its instruments. At any given time, it is estimated that up to 250,000 children are being used in armed groups and forces around the world in a variety of roles – including as combatants, cooks, porters, messengers, spies and for sexual purposes. (1)

Armed conflict maims and kills children and those who protect them. It destroys the homes and schools that were built to nurture them. It separates children from their families, increases their risk of exploitation and abuse, and exposes them to violence that can result in psychological and psychosocial trauma for years to come.

Violence can also drive entire communities from their homes, creating large populations of refugees and internally displaced persons. All too often, the period of exile runs into years or even decades. Generations of children are growing up in camps where overcrowding, poor sanitation and the weak application of the rule of law make conditions particularly hazardous for children.

Darfur provides perhaps the most gripping example of how conflict hurts overall child health. Some 1 million children have been displaced by the fighting, many of them multiple times because of repeated attacks. The impact of violence, disease, malnutrition and dependency is leaving a mark on this generation of children, weakening their capacity and trapping them in the cycle of poverty.

What are some of the key challenges in protecting and supporting child health in the occupied Palestinian territories (oPt)?

Most Palestinian child deaths occur before age one. In 2004, there were just over 24 deaths per 1,000 live births (2), which is comparable to infant mortality rates in Jordan or Ecuador. Beyond accidents, which are the biggest cause of death for under-fives, the leading causes of death were congenital malformations, and respiratory and infectious disease. .

Here, as in many other places around the world, many children die because families, health clinics and communities don’t have sufficient access to knowledge and skills on basic but life-saving practices in child care, and because neonatal units and primary health care centers don’t have critical equipment and supplies.

Across the oPt, many communities are also without safe, reliable access to clean water and adequate sanitation facilities – a fundamental for child survival. More than half of families are now “food insecure”, meaning that children aren’t eating nearly as much or as well as they should to grow up properly. (3)

Then there is the impact of the conflict. In the oPt, more than 120 Palestinian children were killed in the conflict last year, far more than double the 2005 child death toll. In Israel, one child was killed due to the Israeli-Palestinian conflict in 2006. (4) Many more have been injured and disabled. Constant, elevated levels of psychosocial stress portend lasting damage, and demand for psychosocial support has risen significantly.

In Gaza, the fighting last summer extensively damaged the Strip’s electricity, sanitation and water grids, with impact on health care delivery to this day. In 2006, the system of closures and checkpoints across the West Bank became even more restrictive, while Gaza’s borders remained closed, often for weeks on end. Outreach services, including for immunizations, were seriously disrupted, with communities in isolated areas most affected. A strike called by unpaid public sector workers last year left clinics and hospitals shut down for months. Today, drug supplies remain low, and fuel and power shortages are ongoing.

As a health worker in the northern West Bank district of Jenin said: “Delivering health care is not like putting a light on. You can’t simply shut health systems on and off.” At the end of the day, child health is embedded in the overall health of society. That said, without a durable peace, child health – both Palestinian and Israeli – will continue to suffer.

What do UNICEF’s programs in health cover?

UNICEF’s child survival, growth and development program works to support the Palestinian Authority in addressing the urgent health gaps thrown up by the conflict, as well as longer-term weaknesses in the home, community and health system.

In the aftermath of the fighting in Gaza, UNICEF provided eight generators to primary health care facilities, and with UNFPA, helped support fuel costs and car rentals to help keep outreach services running. UNICEF delivered large water tankers, water testing kits, and emergency water and hygiene supplies to around 2,200 households in communities where water networks were destroyed. Five wells are being drilled, and water systems and sanitation facilities at scores of schools and health facilities are now being upgraded across Gaza and the West Bank.

Last year, UNICEF procured or pre-positioned US$ 2.9 million in medical supplies for over 400 health clinics and 17 general hospitals, as well as the entire vaccine requirement for all children. Over 180 primary health care facilities were upgraded with equipment and supplies, and the neonatal units in 17 general hospitals are receiving a broad package of supplies, equipment and training to improve newborn care. Supplies are also pre-positioned for use during crises. .

To counter nutritional deficiencies, UNICEF provided more than 400,000 bottles of iron syrup, 13 million iron and folic acid tablets, and 108,000 bottles of vitamin A and D supplements. UNICEF is supporting the development of infant and young child feeding guidelines, and much work goes on within communities and local health care systems, to help families provide better care for their children. Work is also underway to promote proper breastfeeding and child feeding practices, as well as to promote salt iodization and flour fortification.

UNICEF also works to support and strengthen the capacities of a large number of civil society and non-governmental partners. Led by the Ministry of Health, and together with WHO, UNRWA and a broad range of partners, a major component of training focuses on. Many training programmes focus on IMCI, or the integrated management of childhood illnesses – an approach which works to reduce childhood deaths and sickness by improving the capacity of caregivers and health staff to manage common but lethal childhood illnesses.

Protecting and ensuring Palestinian child health is an obligation carried by many duty bearers. To support the Palestinian Authority in 2007, UNICEF, WHO, UNFPA, UNRWA and our local and international partners will continue to work to strengthen the Palestinian health system as a whole, whether this means procuring drugs and supplies, or providing technical, logistical and other assistance.

What is clear is that without massive improvements in the socio-economic-political spheres, children will continue to die. Children want action. They want hope. We owe it to the children, to help them survive and thrive, and live in health, peace and dignity.

The global picture in numbers

Children do not start wars, yet they are most vulnerable to their deadly effects”. Kul Gautam, Deputy Executive Director, UNICEF layout.indd 13