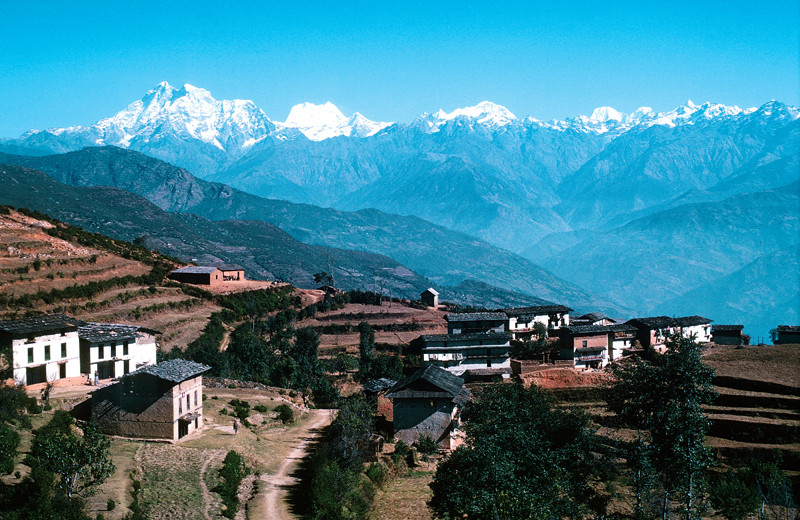 Cynicism is the obstacle to Nepal’s development…” – Kul Chandra Gautam
Kul Chandra Gautam, a soft-spoken and modest 53-year-old from Gulmi, is a self-made man. He rose up the ranks with hard work and integrity to become a deputy executive director at UNICEF. Gautam spoke to Nepali Times about his career, Nepali children and global challenges.

How did you end up at UNICEF?
In the early 1970s I was a student in the US. It was the height of the Vietnam War, and the anti-war movement. University campuses were bubbling with protests against the war. I had been quite involved. I was fascinated by how a small country like Vietnam could take on the world’s superpower and bog it down. I did some special courses on Indo-China, its history and politics, particularly the life of Ho Chi Minh. I studied French and Asian politics. I was a student at Princeton when the Paris Agreement was signed and U Thant was the UN Secretary General. UNICEF launched a major operation for post-war relief and reconstruction. I contacted UNICEF, and they called me for an interview. I was hired on the spot

Long way from Gulmi to New York…
I come from a small village called Amarpur, about a half-day walk west from Tamghas. In the old days we had to walk four days from Tansen. Now with a four-wheel drive you can go up to the district headquarters. When I grew up there was no school, obviously no roads. I went to high school in Tansen and finished school from JP High School in Kathmandu. I applied to some US colleges, and was offered full scholarship and admission at Dartmouth. It took me one-and-a-half years to get a passport: at that time the people in government were very suspicious. They said who is this boy who comes from Gulmi, is not related to anybody important, how did he get a scholarship? The fact that one got it on the basis of merit was not an issue. My father is still in Amarpur, and I make it a point to go to Gulmi every time I come. I just enjoy being home, with my people and unwinding from the rest of the world. Being out of touch, no telephone, no electricity, no TV, no Internet, no email no cars. It is just wonderful.

What is your job at UNICEF?
My principal responsibilities are mobilising resources for UNICEF, fund raising, communications, advocacy, external relations, our relations with the rest of the UN system and civil society groups. But because I am an old timer with UNICEF—I’ve been with it for 28 years, and have worked at different levels—I take a lot of interest in program and planning. I also advise Carol Bellamy, our executive director, on other matters beyond my main areas of responsibilities.

Has the destruction of the UNICEF office in Quetta affected your holiday?
It happened when I was here. Every morning New York time, or evening Nepal time we have a conference call involving our executive director, who was in Russia last week, myself in Nepal and our regional director here Nigel Fisher who has also been appointed to be the overall coordinator of our efforts in Afghanistan and surrounding areas. We are monitoring the situation and have evacuated our staff from Quetta. Fortunately, no staff member was in the building at the time of the incident. It is a very serious situation.
We are now trying to bring in some supplies, certainly from the borders with Iran, Uzbekstan, Tazikistan and Pakistan.

How does the situation of Nepali children look?
Because we are Nepalis, we tend to think that Nepal is somehow exceptional. That we are exceptionally poor or exceptionally backward or not much progress is being made. But from my vantage point in New York, Nepal is actually quite typical of most of Least Developed Countries. If we look at the progress for children it is not a great success story, but it is not a disaster either. Compared to other LDCs, Nepal is actually doing quite well. In many countries in Sub-Saharan Africa there is an actual retrogression, mortality rates are increasing because of HIV/AIDS, because of conflict, drought, pestilence. Somehow Nepal has been spared all that, although with the Maoist insurgency we too are beginning to see some of the phenomenon we see in parts of Africa. But on the whole if you look at infant mortality, under-five mortality, there is some progress.
Take drinking water supply—almost 80 percent of the people now have access to safe water. Ten years ago it was half of that, 20 years ago almost non-existent. The other success story is Vitamin A, which is a major cause of malnutrition, mortality and blindness. Today Nepal is considered one of the best in the world—65 districts have programs of vitamin A distribution and coverage is high. There has been good progress in salt iodisation. You no longer see goitre in young people, only among the elderly. Immunisation is going well. We had only one case of polio in the country last year, and we are sure we are on the way to eradicating polio, which would be a fantastic achievement.

But there are major challenges. In this country we still have high female illiteracy and HIV/AIDS is becoming alarming. I think our leaders are not quite awake to the looming crisis. In 10 years time HIV/AIDS will be the major cause of death among young people in this country. We have this horrendous practice of child trafficking, it is a shame. Nothing effective is being done to stop that. On balance we are moving two steps ahead and one step back.

In Nepal, different UN agencies have begun working together to address issues affecting poverty, and not just do things under their “mandate”. Is this a strategic move, or did it just happen?
It was a deliberate plan of colleagues here. This is the way to go because poverty is the ultimate cause of many of the ills. But poverty is not just lack of income, poverty has at least three dimensions: income, which is related to productive employment, second the lack of basic social services, then lack of education and health are both consequences of poverty as well as the cause of poverty. We realized that if we worked in some of the same districts, in some of the villages with an integrated plan, with good poverty alleviation activities including employment, income generation, micro-credit and combine that with health, nutrition and education, that would give a multiplier effect.

Have you seen a major shift in the status of Nepali women over the past 20-30 years?
I think the situation of women in Nepal continues to be deplorable. Yes some progress has been made but it is nothing to be proud of, or brag about. A country that still has 65 percent of women illiterate, where we have one of the highest maternal mortality rates, where girls are trafficked in huge numbers. We are now having this debate about property rights for women, this should have happened 20 years ago. And the most progressive legislation being proposed is not progressive enough. We still have a long way to go. The progress is excruciatingly slow.

A few women leaders are coming out, and girls’ enrollment is increasing quite rapidly. And that ought to be the highest priority for UNICEF action in the coming years in Nepal—girls education. It is important not only on its own right, but girls’ education is perhaps the best investment that a nation can make.

And implementing is going to be harder because of the insurgency. Have you assessed how this could affect the development of children?
Our colleagues here in the UN are quite aware of the impact on development of the insurgency. Certainly in terms of young people we are aware that children and women are often used as human shields, and that is unacceptable. There is disruption of schools. This is unacceptable. Children should be left out of the conflict. Let the adults do the quarrelling, fighting and the negotiating. Leave the children alone. I suggested to the prime minister that we hope as part of the negotiations that are going on, one point may be to declare children a “zone of peace”. Don’t recruit child soldiers, and don’t disrupt schools or health centres.
For God’s sake make children one of those issues on which both parties can agree.

What is the role of NGOs and government in delivering development?
NGOs are new important partners, but in Nepal many NGOs are urban-based. There are a very few active in remote areas, so the government is and will continue to be a principal partner. In terms of government performance, viewed from New York, it is average, not a stellar one. Forty years ago Nepal and South Korea were exactly at the same development level: per capita income was about the same, less than $100. Compared to some East Asian countries, Thailand, Malaysia, we are far behind. But compared with the sub-Saharan countries we are doing fairly better.

So we’re are just better than the really bad ones?
Yes. I see Nepal on the average and we should not be happy with being an average. We should be doing much better than that and that is the challenge. Nepal in many ways is in a fortunate situation. Here is a country that everybody likes. If we could produce results, there is no limit to donor support. Many other countries face hostile neighbours, there is war. Except for the unfortunate Maoist insurgency—which is also quite recent—Nepal has been a peaceful country. We have good relations with our neighbours, and have everyone’s goodwill. We really should be doing much better.

Do you see fatalism as being one of the obstacles?
Many of us in Nepal tend to be excessively pessimistic and cynical. Sometime ago Dor Bahadur Bista wrote that fatalism was one of the obstacles to development in this country. I would say fatalism is an old obstacle to development. A new obstacle to development in this country is the cynicism. We should look at some of the things we have achieved despite all odds and be a little bit more optimistic. We are not at the bottom of the heap, we need to redouble our efforts. Last year in Washington DC there was a big global health meeting in which the vitamin A project in Nepal was honoured as being the best in the world. If you read the Nepali newspapers you would not know that, journalists here should highlight the positive and help fight cynicism. Particularly in this time we need some encouragement and positive feedback. Nothing succeeds like success, we need to breed success, we need to create a more optimistic atmosphere. Yes, things are bad and difficult but there is hope and lets focus on the hope. Children are our hope.