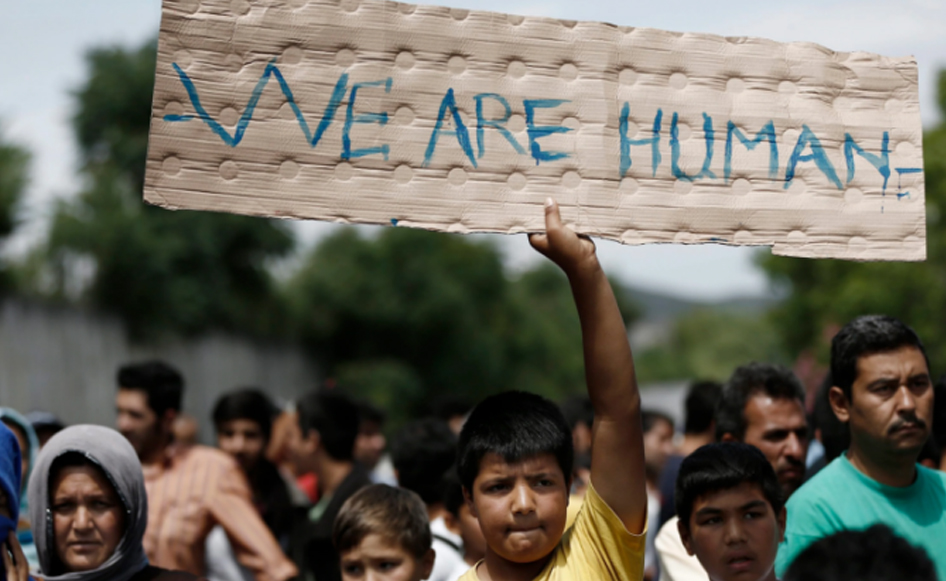 The answer to this question is both yes, and no. Compared to the dark days prior to the 2006 Jana Andolan, the human rights situation in Nepal has improved considerably. But compared to our people’s expectations and the norms of UDHR, we still have a very long way to go.

Let us recall that when the Universal Declaration of Human Rights was adopted in 1948, Nepal was not yet a member of the United Nations. The concept of human rights and civil liberties were hardly known in Nepal. There were many human wrongs but few human rights. The legal code of the time justified caste discrimination, untouchability, unequal treatment of women and men. The only rights that people had were those granted to them through the benevolence of the Rana rulers.

Compared to those days, even the Panchayat period was an improvement. Statutorily the Panchayat era constitution and Nepal’s New Legal Code (Naya Muluki Ain) recognized the principle of human rights, and formally abolished quite a few discriminatory laws and practices.

The Constitution of 1990 was a huge improvement in terms of human rights. It recognized the fundamental rights of citizens and instituted an independent National Human Rights Commission to safeguard those rights.

Although there were many teething problems of a new democracy, development and human rights were beginning to take roots in Nepal’s countryside in the 1990s. But then the violent Maoist rebellion catapulted Nepal in an unexpected direction. The royal palace massacre, followed by King Gyanendra’s creeping coup d’etat and dictatorial powers led to serious deterioration of human rights.

The worst time for human rights in Nepal’s recent history was perhaps during King Gyanendra’s direct rule when under the TADA act, people were arbitrarily arrested, many political leaders and activists were incarcerated, the media was muzzled, innocent civilians suspected of being anti-royal regime or Maoist-sympathizers were killed and kidnapped often during fake encounters; and vigilante groups burned whole villages in Terai.

The Maoists too committed terrible atrocities, including abduction of large numbers of school children, forcible recruitment in their “people’s liberation army”, wanton extortion through intimidation, and even killing of journalists, destruction of civilian infrastructure, and rough “justice” dispensed through their “people’s courts”.

Fortunately, those dark days are over, and people can now breathe a sigh of relief.

Following the 2006 jana andolan, many previously neglected issues of human rights have come to the fore. Historically marginalized, deprived and discriminated groups, such as Dalits, Janajatis, Madhesis and women have started asserting for their rights.

The current Interim Constitution of Nepal reflects the spirit of the Universal Declaration of Human Rights. To ensure that rights are not only enshrined in the Constitution but implemented in practice, the Constitution includes a number of affirmative actions for better representation of previously under-represented groups in Nepal’s governance structures, such as the Constituent Assembly.

While Nepal’s new Interim Constitution reflects the spirit of UDHR, in practice, there is a huge gap in its implementation.

In terms of civil and political rights, the culture of violence and impunity that was institutionalized during the decade-long conflict continues even to this day. Youth groups affiliated with political parties, especially the Maoist YCL, continue to take law into their own hands. Even after the establishment of a government under the leadership of CPN-Maoist, various trade unions and activists affiliated with the ruling party continue to threaten newspapers, media houses, factories and businesses.

Supposedly to counter this, activists of other political parties are resorting to similar measures leading to a sense of insecurity on the part of the general public.

Independence of judiciary is a key feature of democracy and rule of law. Although under a lot of stress, the Supreme Court of Nepal has largely remained independent. For example, in response to habeas corpus petitions, it has released virtually all persons held under preventive detentions.

But lower level courts are weak, poorly resourced, subject to corruption and intimidation by local authorities. In such situation, human rights cannot be protected when people feel that the rule of law is not honoured, when even law enforcement officials feel insecure, and the judiciary feels it cannot act independently and fearlessly.

People feel insecure because none of the perpetrators of serious human rights abuses in the past – both Maoist and the State security forces – have been brought to justice, and an atmosphere of impunity persists.

In terms of economic and social rights, widespread and degrading poverty is probably the biggest violation of human rights in Nepal. People had high expectations that following the abolition of monarchy and advent of genuine democracy, there would be rapid progress in their livelihoods. Regrettably, there has not been any dramatic progress in tackling the issues of unemployment, food insecurity, and rapid expansion of basic services.

In fact, the newly elected government continues to be embroiled in political issues and has not managed to give due attention to issues of post-conflict reconstruction and development. For the vast majority of Nepalis, a sense of fulfillment of their human rights will come about only when there is a noticeable improvement in their economic well-being.

Violation of child rights: One of the inexcusable violations of human rights in Nepal, is how even though the civil war has ended, and the Maoists are actually heading Nepal’s new government, large number of child soldiers verified as such by the UN Mission to Nepal (UNMIN), are still being held in cantonments with adult combatants.

One would have thought that such children would be among the first beneficiary of the “peace dividend”. And although UNICEF and many donors are ready to help with the required funds already in hand, the child soldiers of Nepal have not yet been released and rehabilitated under various pretexts.

As both the Secretary-General of the UN, and his Special Representative on Children and Armed Conflicts, urged during their recent visits to Nepal, I really hope that the government of Nepal will release all minors from cantonments immediately without any further ifs and buts.

UN OHCHR came to Nepal at a time when human rights violations – both by the then royal government and the Maoists – were at their peak. OHCHR’s presence, its nation-wide monitoring of the human rights situation, and its reports and recommendations for improving human rights have been very timely and helpful.

In that sense, I believe that OHCHR office in Nepal has done a good job, and I feel its continued presence is beneficial for Nepal.

It is unrealistic to expect that OHCHR’s presence alone would dramatically improve the human rights situation in Nepal or in any other country. OHCHR is an advisory and monitoring body. It does not have the mandate or resources to enforce its recommendations made to the government and other parties. It is the duty of Nepalis to follow OHCHR’s recommendations.

Regrettably, we Nepalis have a tendency to ignore or dismiss OHCHR’s recommendations when they are not to our liking. Thus the Nepal Army and the government did not really heed OHCHR’s admonition when it presented a hard-hitting report on the massive violations of human rights, including cases of torture, inhuman and degrading treatment and disappearance of detainees perpetrated by RNA’s Bhairabnath battalion in the heart of Kathmandu.

Similarly, when OHCHR pointed out serious violations of human rights by the YCL, the CPN-Maoist dismissed it, with some senior Maoist leaders even insinuating that OHCHR was biased and following a pro-American agenda.

When OHCHR issued a statement criticizing excessive use of force by Nepali police against peaceful Tibetan demonstrators, all Nepali leaders hid their heads and ignored or dismissed it with flimsy diplomatic arguments.

Basic human rights are universal and must be above political considerations. Unfortunately, in Nepal, politics still trumps and triumphs over human rights. We will not be a true and mature democracy until we learn to respect fundamental human rights as non-negotiable obligations of our State and of all citizens.

Nepal saw the establishment of many human rights organizations following the advent of multi-party democracy after the first Jana Andolan of 1990. These organizations have been very helpful in highlighting breaches of human rights, non-implementation of laws meant to end disparities and discrimination, and in particular pointing out the many subtle ways in which historically deprived and marginalized groups of our society continue to be exploited and excluded.

During the decade long conflict, many civil society organizations and human rights activists were daring enough to point out excesses committed by both the government and the rebels. Some of these organizations and their leaders even tried to be helpful in conflict resolution and reconciliation.

A major drawback of many human rights NGOs is that they are seen to be aligned with one or the other political parties, which tarnishes their credibility. Quite a few of these NGOs are heavily dependent on funding by foreign donors, and to some extent their agenda caters to fashionable global priorities rather than to the pressing needs of Nepal.

To their credit, most human rights NGOs have been able to rise above party affiliation and donor dependence, and have done a commendable job of educating people, exposing human rights abuses and defending their victims.

On balance, I believe that the work of human rights NGOs in Nepal is very positive. I would encourage them to strive to be even more courageous, less partisan and more grass-roots based. Vigilance by civil society is needed for the protection of human rights everywhere, including in Nepal.

(Mr. Gautam is former Assistant Secretary-General of the United Nations, and Deputy Executive Director of UNICEF)