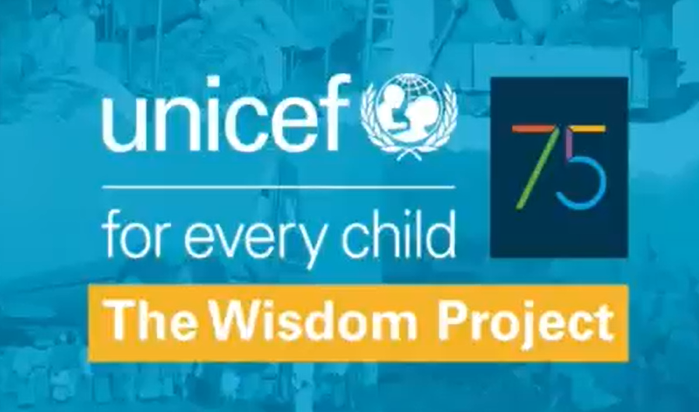 Back in the East Asia & Pacific Regional Office to commemorate UNICEF’s 75th anniversary, its former Regional Director Kul Gautam reflected on a remarkable life and 35 years with UNICEF – from growing up in a small village in Nepal, where until recently there were no roads, telephones, electricity or schools, to working as UNICEF Deputy Executive Director and UN Assistant Secretary-General in 2000-2007.

Long before he would return to Thailand as a Regional Director in 1998-2000, Gautam first learned “the ABC’s of UNICEF” training at EAPRO for his first job as a Programme Officer for Cambodia in 1973. Now, it was his turn to share his 72 years of knowledge with the new generation of regional and country office staff upon the invitation of UNICEF Thailand Representative Kyungsun Kim.

“When I was appointed as a Representative for Thailand earlier this year, I received an email from Kul Gautam, saying that he happens to be in Thailand and is more than willing to share any advice for my new position,” said Kim. “That generosity materialized very soon when I landed in Thailand and met with him, and I thought it would be such a missed opportunity if our staff did not get to hear his memories and insights for the future.”

“For me, your time at UNICEF is an inspiration because that is when you left a strong mark on UNICEF’s vision for the 1990 World Summit for Children,” added UNICEF EAP Regional Director Karin Hulshof. “The vision that followed was a UNICEF that is bold and courageous; evidence-based and principled for child rights; and alive, where people make the difference. You are indeed one of those who has made a very big difference for children around the globe.”

Gautam began his talk with inspiring stories of child rights trailblazers whose commitment and ingenuity shaped UNICEF’s inception, evolution and work for children around the world.

“UNICEF was established when children urgently needed help in the aftermath of World War II,” he said. “But there was also a moral imperative for establishing UNICEF. At the time of World War I, Save the Children Founder Eglantyne Jebb believed in providing support to the children who were dying and malnourished amid a blockade by the Allies against German-occupied Europe. Her powerful belief was that ‘I have no enemies below the age of 11,’ which goes back even further to the First Geneva Convention of 1864. Those are our predecessors at UNICEF.”

Gautam reminded that despite the world again facing multiple crises, UNICEF can draw on its 75 years of experience in transforming disruption into opportunities for global recovery.

“When there was a polio outbreak in Nigeria, I went to Egypt in 2004 to visit the Grand Sheikh of al-Azhar University Mohammed Sayyid Tantawi for him to issue a general fatwa – stating it is the duty of Muslims to protect children and vaccinate them for polio. We translated it into many languages and publicized it everywhere. That is how we were able to resume polio eradication in Nigeria.”

Today, Nigeria is polio-free for the first time in its history.

“Get out of your box and look for opportunities that go beyond your normal counterparts. It has been done and it can be done.”

Staff, attending online and in-person, thanked Gautam for his “wisdom, passion and inspiration” and were “glad to have him as a role model.” “We need these precious stories now more than ever,” a staff member remarked.

“Your farewell remarks with ‘10 recommendations to keep UNICEF strong, vibrant and effective organization that delivers results for children’ as a Deputy Executive Director are a must-read,” said another staff member in the Q&A session. “I refer to them now and again in times of inspiration for my work.”

That afternoon, Gautam also met with UNICEF Club student members Nadya (20) and Kawin (18) to answer their questions on 75 years of UNICEF and beyond. The Wisdom Project video will be published by UNICEF Thailand this month.

“I remain hopeful,” said Gautam. “After COVID-19, our new approaches must come from the young generation, from people like yourselves. For climate change and education, it takes a Greta Thunberg and Malala Yousafzai to lead. Let us not underestimate the creativity, power and imagination of young people. Give them more rights and listen to them. This is something we did not do enough of in my time.”

“Nadya and Kawin are an example of young people who are already thinking not only about Thailand – they are citizens of the world. That is something we could not have dreamed of in our childhood.”

“Despite having lived through some of the darkest chapters in living memory, Kul Gautam’s hope and optimism is a guiding light for us all,” Kawin reflected. “His many years with UNICEF have yielded timeless lessons about building a better and more compassionate world. Let us never forget that we can always seek inspiration from the greatest pioneers who came before us.”