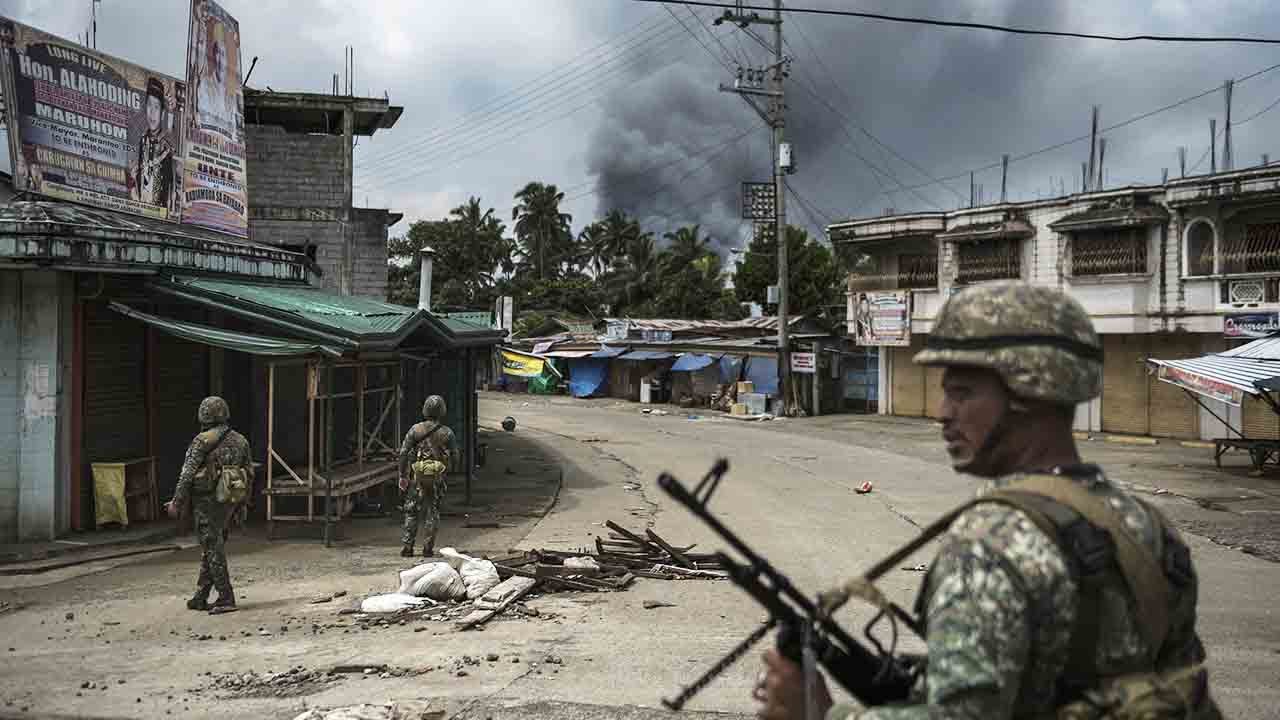 Although East Asia is recovering from the economic crisis, which pushed millions of families to the brink of poverty and many over into it, it is still far from clear how the dividends of the upturn will be allocated. Will governments increase funding for the basic social service programs so sorely needed to assist the children and families that have suffered the most from the consequences of the Crisis, and by doing so build on the social and economic successes of recent decades? Or will the beneficiaries be the weapons makers and the military that have laid claim to a large and growing share of government expenditures?

The socio-economic success of many East Asian countries before the Crisis is well known, but that this prosperity brought with it some of the highest levels of military spending in the world is not. Between 1988 and 1998, as global military expenditures fell by 35%, those in East Asia and the Pacific actually increased by 38%. (South Asia increased its military spending by 25%.) The figures from the Stockholm International Peace Research Institute: military expenditures declined worldwide from $1.066 trillion in 1988 to $696 billion in 1998. But in Asia, they climbed from $95 billion to $130 billion.

Japan, China and the Koreas have accounted for the majority of the region’s military spending during the past decade, while the arms race between India and Pakistan has swelled South Asia’s military budgets. Less visibly, military expenditures in ASEAN countries increased by 52% in real terms between 1988 and 1997. This increase, greater in both absolute and percentage terms than that of any other region, occurred as the world as a whole cut military spending by more than one-third.

This high level of military spending was somewhat curtailed by the Crisis, which resulted in overall reductions in government expenditures as well as currency depreciation that made some arms imports prohibitively expensive. Still, the institute noted that even though the strong growth in Asian military expenditures slowed, these “have still not started to decline even in East Asia, which was most affected by the Crisis. While the volume of arms procurement has been scaled down significantly due to the reduced purchasing power of [these governments’] currencies . . . the domestic burden of the military expenditure is not declining.”

The resilience in military expenditures should be a cause for concern to us all since so many human development challenges still need to be addressed in Asia, home to the world’s largest concentrations of poverty, illiteracy and preventable child deaths. As Asian countries earmark new funds for these pressing concerns, there will be strong pressure from other sectors, including the military, for increases. To ensure that a significant share goes to basic social services, the “security” of nations needs to be recognized as more than an ability to defend borders and control internal strife. It also must be seen in terms of guaranteeing “human security” through providing adequate health and education for children and their families, the protection of the environment and continued economic prosperity.

Some Asian countries that have real or perceived security threats may protest that it is difficult to make reductions in military budgets. But it is clear that many of their weapons and strategies designated for “defense” are increasingly irrelevant to the real underlying instabilities and dangers facing their people. Major battles have yet to be waged against deadly foes such as HIV/AIDS and the resurgent threats of old enemies like tuberculosis and malaria. There is also a need for a stronger focus on the dangers that affect people in their everyday lives – hunger, illness, illiteracy, joblessness and crime.

Even a small percentage reduction in the tens of billions of dollars spent yearly on military programs in the region could free the resources needed for this battle. In most countries, ensuring all children improved access to basic services would require millions – not billions – of dollars. Initiatives such as the “20/20 compact,” which calls upon donors and developing countries to ensure that 20% of their development and aid budgets go to social services, could be adequate to meet the basic needs of all children and vulnerable groups.

Every Asian country has ratified the United Nations Convention on the Rights of the Child and committed themselves to undertake measures to fulfill the right to survival, protection and development of their children “to the maximum extent of their available resources.” Curtailing growth in military expenditure in favor of funding basic social services would be a practical demonstration of this commitment.

Recently, all the Nobel Peace laureates appealed to U.N. states to promote a culture of non-violence and peace for children in the new millennium. ASEAN, APEC and South Asia’s SAARC were founded to promote peace and prosperity, and their members can best guarantee this by redirecting public funds toward unmet social needs and leading a renewed battle against poverty, hunger, disease and illiteracy. Surely, winning this battle would be the most important triumph for any nation, and would help ensure a lasting peace for the region’s children.

(Kul C. Gautam is the Bangkok-based regional director of the United Nations Children’s Fund (UNICEF) for East Asia and Pacific)